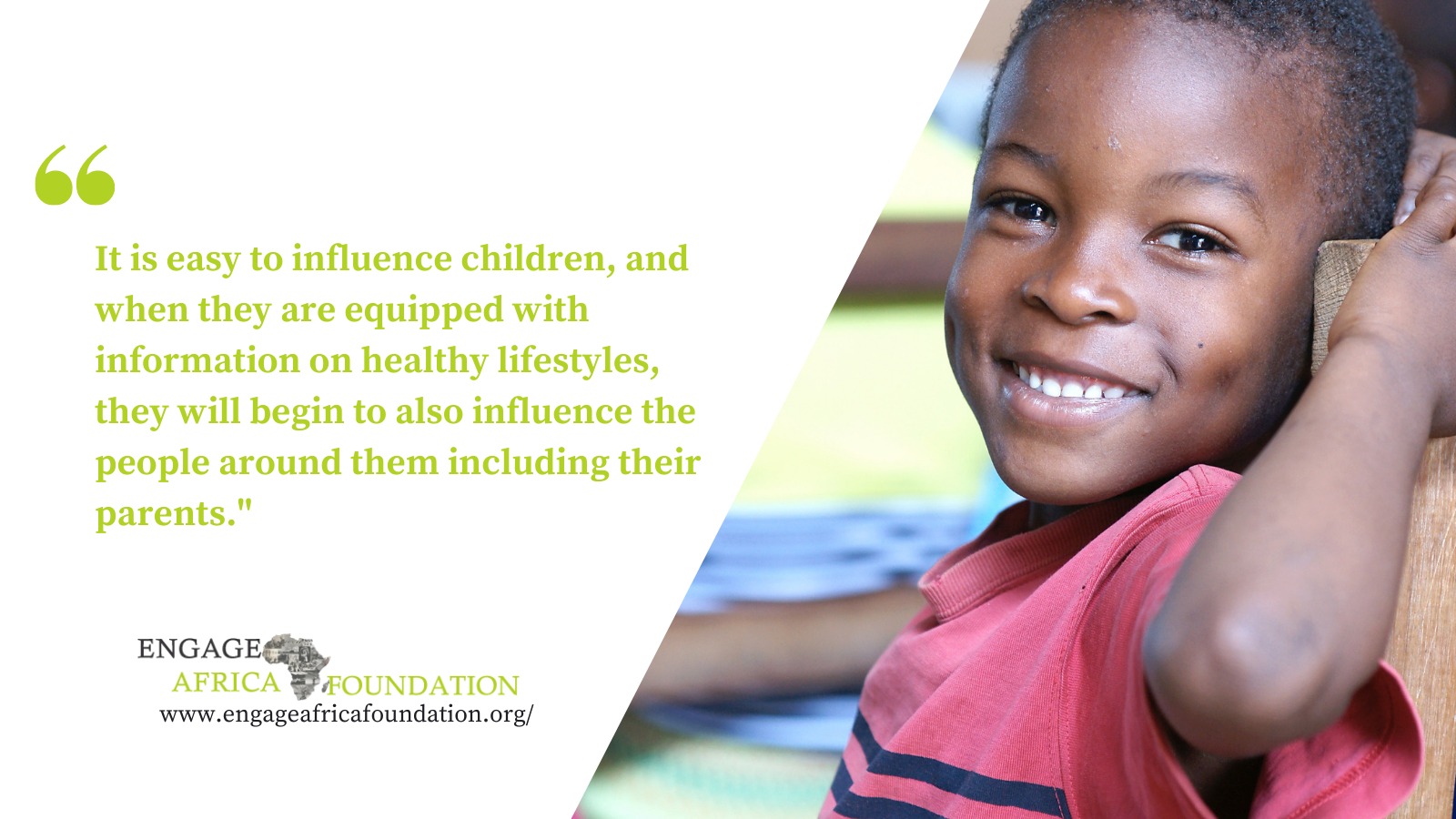 Firstly, the school leaders believed it is possible to address NCDs in childhood and adolescence through education on NCDs, especially education on proper diet, the importance of eating fruits, and the need to exercise. The leaders also said that school health programs like health education programs will be beneficial in addressing NCDs in schools. They suggested that advocacy programs and health promotion programs improve public enlightenment on NCDs and also bring about behavior change among school children. They also stated that non-governmental organizations (NGOs) can be on the frontline and provide support in raising awareness about NCDs in schools.

We asked if there is a current strategy in their schools to promote a healthy lifestyle, Mrs. Mojisola Victor mentioned that not too much is being done in the school currently, but suggested that NCD prevention can be included in the school curriculum by the education board. She said it could be included as a whole subject, and not just a passing topic in home economics and basic science, as the case is currently. The leader from the private school reported that certain strategies are being executed in the private school to promote a healthy lifestyle. These include the celebration of world days on NCDs like diabetes and cancers.

Dr. Anthony Ugwueze went further to say that during such world events, the school comes up with awareness activities like health education sessions, and extracurricular activities like drama sections to raise awareness. These insights of including non-communicable disease (NCD) prevention in the school curriculum and carrying out NCD awareness activities in schools could be further considered as strategies that will enable other schools in Nigeria to become active contributors to NCDs prevention in schools and in the society at large.

We asked for the kind of food or snack school children will usually like to purchase, and Mrs.Mojisola Victor reported that children will usually like to purchase ice cream, and snacks made with flour. This was similar to the report from the private school leader. On the school’s role in supporting healthy lifestyles among children, Mrs. Mojisola Victor emphasized the need for the school leadership to get involved. Stressing that their involvement could be by regulating the kind of food sold in the schools, like selling healthy cooked food and fruits rather than unhealthy drinks and fried food.

Dr. Anthony Ugwueze likewise suggested that the school tuck shop could sell healthy food and drinks to students, and also include the promotion of a healthy diet through extracurricular activities. The private school gave an insight into the way schools can regulate the rate of purchase of carbonated drinks and other unhealthy snacks, which is by regulating the amount of money spent on a daily basis for the purchase of items from the school tuck shop. This, Dr. Ugwueze suggested will prevent excessive buying and consumption of unhealthy food. This insight could be studied to determine whether it works, and is effective for other schools to adopt.

We asked for the role the school is playing as a change agent to support the fight against NCDs. Mrs. Victor noted that the school can be an avenue to raise awareness about NCDs and should be a place where children and adolescents can be educated about healthy lifestyles. Dr. Ugwueze reported that his school organizes seminars,  symposiums, and club activities to raise awareness of the importance of a healthy lifestyle. This strategy could be adopted by other schools.

A result of our interaction with these school heads is that Mrs. Victor, the Vice Principal of the Public School assured us that after the interview, the school will provide tips to parents on how to encourage healthy eating habits for their children and will create awareness activities for parents on healthy lifestyles and NCDs. The private school reported their school children will be encouraged to take a balanced diet, not only in school but at home.

On children/adolescents becoming advocates against NCDs, Mrs. Victor showed enthusiasm. She stated that it is easy to influence children, and when they are equipped with information on a healthy lifestyle, they would begin to also influence the people around them including their parents. Dr. Ugwueze likewise stated that when children are equipped with information, they would go further to influence their community to adopt a healthy lifestyle.

Mrs. Victor provided insightful suggestions, especially on the need for the country’s Education Board to include NCDs prevention in the school curriculum, to imbibe early enough the importance of living a healthy lifestyle among children. Dr. Ugwueze provided some examples of strategies his school adopts to create awareness about NCDs. These included the celebration of world days on NCDs, organizing seminars, and symposiums on NCDs, and also including NCDs awareness in school club activities. Other schools could adopt this.

Ajoke Adebisi is a Public Health professional interested in the health and well-being of children and adolescents. She is a member of Engage Africa Foundation, an organization with the mandate to address non-communicable diseases in Africa, through innovative strategies. Ajoke looks forward to an Africa where women, children, and young people enjoy their right to be healthy.

Adaobi Ugwu is a Health education teacher, a United Nations accredited climate change teacher, and a member of Engage Africa Foundation interested in promoting family health through the provision of innovative solutions for combating malnutrition, non-communicable diseases, and mitigating climate crisis. Adaobi envisages a healthy and climate-resilient future for women and children in Africa.